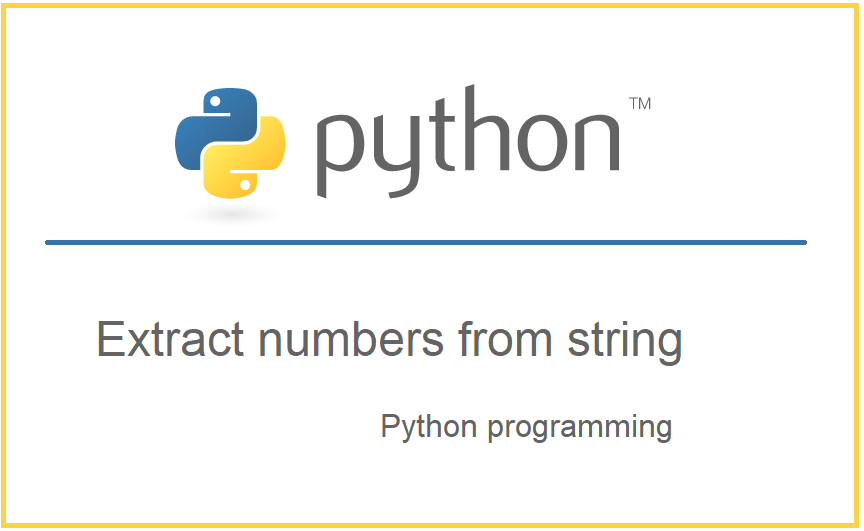 Extract numbers from a string in python

For example, the given string is as follows:

And, let’s say you wanted to extract the numbers 404 and 65 from the string.

Let’s see how to extract numbers from string using regex.

In the previous example, you need an additional module/library called “re” for regex to perform this extraction. But in this case you don’t need any additional library, therefore it is better than regex method.

In this method, we are using split() function to split the given string and then extract the integer numbers using int() and append the number to the list as shown below.

To use this method, first you need to install package/ library called nums_from_string with pip as shown below.

After that, you need to import the library. The following program will let you to extract the numbers in a quick way.

That’s it. We have learnt numerous ways to extract the numbers from given string using python programming.

I hope you had find this tutorial helpful 🙂