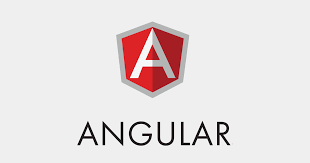 This tutorial guides you on how to upgrade Angular CLI to the latest version Angular 9 or 10. Let’s see how to update angular-cli package installed globally in your system as well as the local project’s angular-cli.

Upgrade Angular CLI to the latest version Angular 9 or 10

To upgrade angular CLI package to the latest version Angular 9 or 10 globally in your system, you need to run the following command.

Note, only use “sudo” in case of Mac/ Linux.

That’s it. You had upgrade Angular CLI to the latest version Angular 9 or 10.

Once you update your CLI, you can update Angular version also. To update the Angular Version please check Angular Update Guide.

Note, you need to remember few things while upgrading to Angular 10 version and before running ng update command.

Updating your app to Angular 10 version is easy if your Angular version is 9.

You just need to run the following command to update angular-cli version. The below ng update command will update @angular/core and @angular/cli.

If you are using Angular material, then you have to update it as well using the following ng update command.

Again, if you are using older version of Angular application other than version 9. Then its recommended to update to Angular 9 first, then upgrade to version 10 after that.