Below are the steps to install OpenSSL in windows 10 64-bit OS.

You need to click EXE link under the file named “Win64 OpenSSL v1.1.1g”. This will download the following executable/ installer “Win64OpenSSL-1_1_1g.exe”.

Run the installer and follow the installer wizard to install OpenSSL in Windows 10. OpenSSL software will get installed in the following location 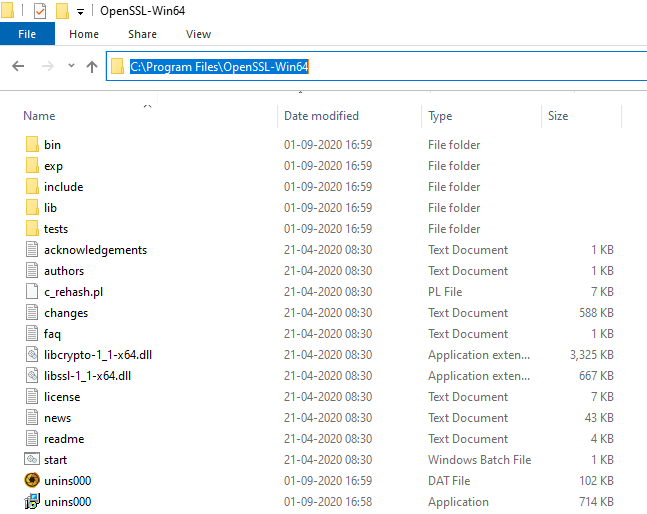 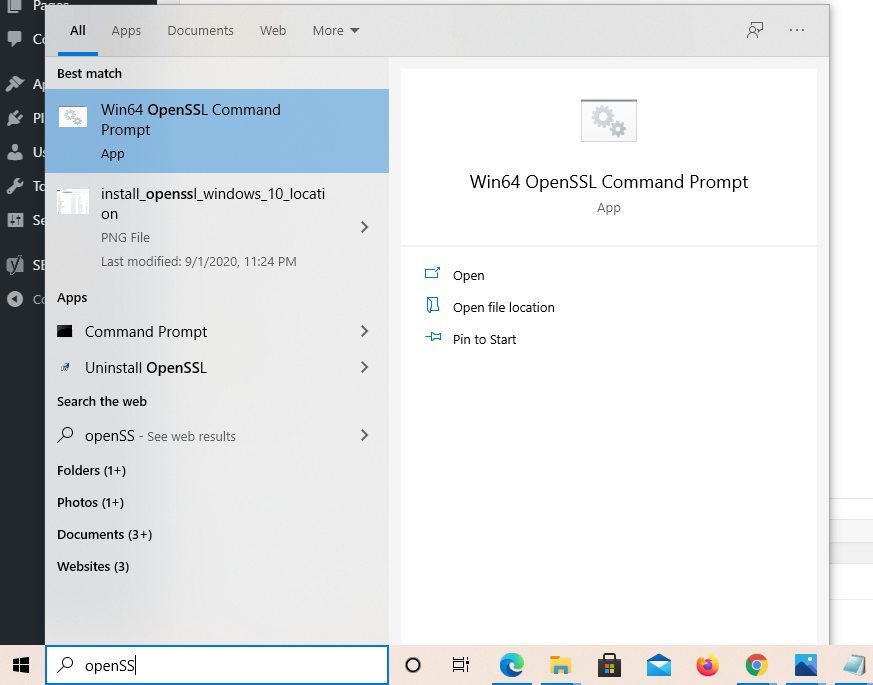 Then click “Win64 OpenSSL Command Prompt” App from the search results above. This will open the following command prompt and you can see that OpenSSL 1.1.1g version is successfully installed in your Windows 10 machine as shown below.

That’s it :-). Now you are ready to create public keys and private keys using OpenSSL library.

For example, to generate public and private key pairs you just need to run the following commands.