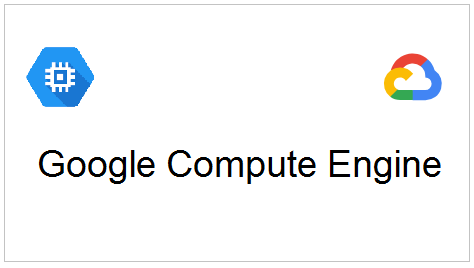 Compute Engine is an Infrastructure as a Service (IaaS) offering that allows clients to run workloads on Google’s physical hardware.

Compute Engine offers predefined virtual machine configurations from micro instances to instances with up to 160 vCPUs and 3.75 TB of memory.

You can also use custom machine types which allows you to create compute engine virtual machines with optimal amounts of vCPU and memory which is right for your workloads. Going by this option you can realize significant savings in terms of cost.

You can attach network storage up to 64 TB to your compute engine VMs as persistent disks. You can create persistent disks in HDD and Standard SSD formats. Please note if you terminate your VM instance, its persistent disk can retain data still and can be attached to another instance.

Unlike standard persistent disks, the local SSDs are physically attached to the server that is hosting your VM instance and it offers very high input/output operations per second (IOPS) and very low latency when compared to persistent disks. Local SSD sizes up to 3 TB are available for VMs.

VPC network sometimes just called as “network” is a virtual version of a physical network, like a data center network. It provides connectivity for your Compute Engine VM instances, Kubernetes Engine Clusters etc., and other resources in your project.

It offers industry-leading local SSD performance. You can compare network throughputs on equivalent IaaS offerings in the market. Network throughput scales at 2 GB per vCPU and maximum throughput of 16 GB or 8 vCPU.

GCE does regular maintenance of its infrastructure. During these maintenance activities, you can set instance availability options to configure the behavior of your VM instances. For example you can choose to live migrate your running instances from current host to another host or choose to terminate your instances instead.

You can set the following availability policies for your instances: Live migrate, Terminate & (optionally) restart and Automatic restart. The default behavior of your instance during maintenance is to live migrate, but you can change the behavior if you want.

You can also create and run shutdown scripts, that runs before an instance is terminated or restarted.

Preemptible VM instances are similar to other machine types except that it might be terminated at any time. And it last for up to 24 hours. You won’t be charged if the preemptible instance is terminated witin 10 minutes after creation.

Google bills you in second-level increments. And you pay only for the compute time that you use.

Google offers sustained use discounts which are automatic discounts that you get for running specific Compute Engine resources like predefined machine types, custom machine types, sole-tenant nodes, GPU devices etc., based on the usage level of the billing month.

When you purchase a committed use contract, then you can save up to 57% for most machine types or custom machine types.