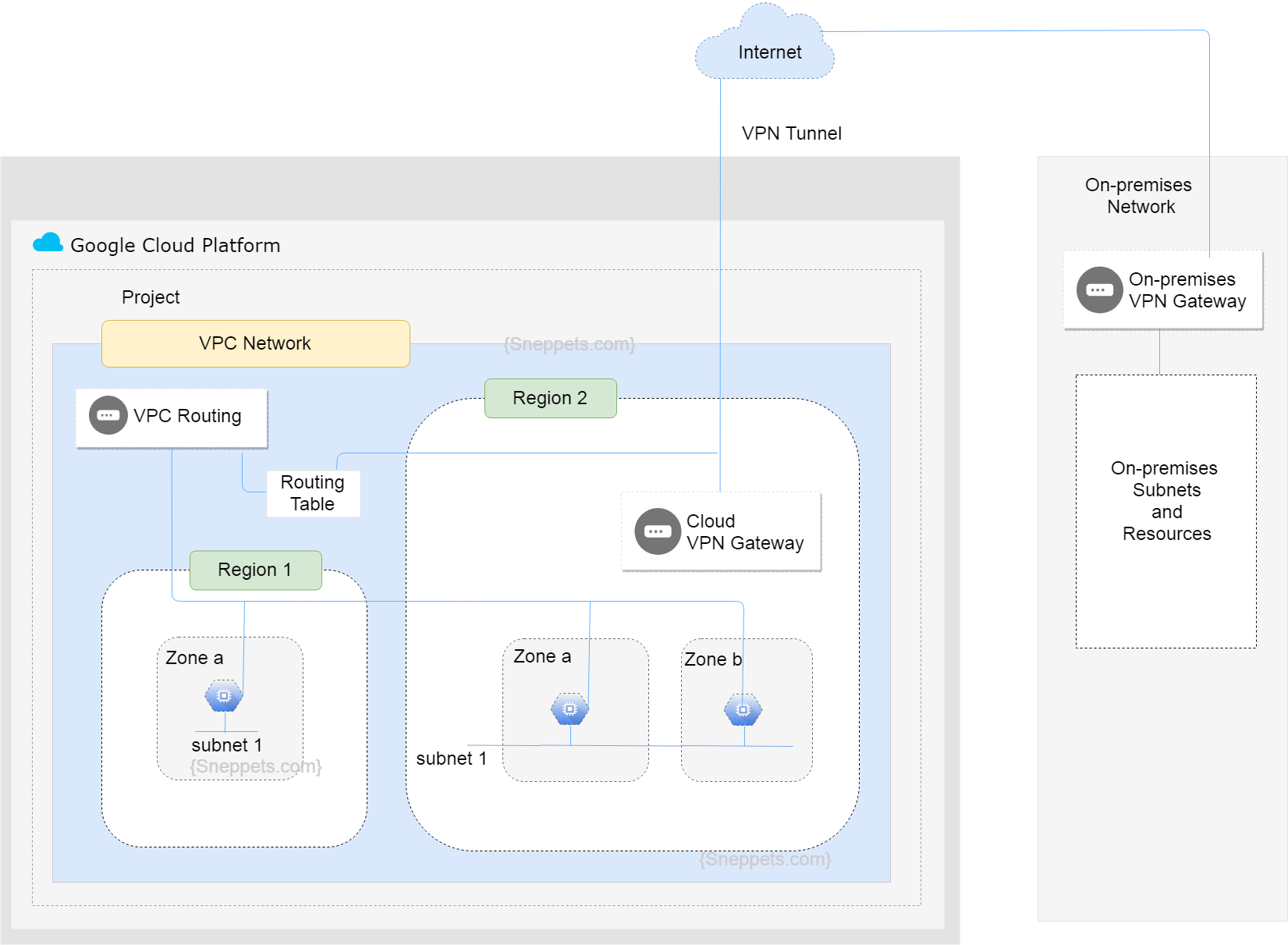 VPC networks, sometimes just called as a “networks”. It is a virtual version of the traditional physical network. It provides connectivity for your Compute Engine instances, Container Engine containers and App Engine Flex services etc.,

GCP projects can contain multiple VPC networks. All GCP projects start with a default network and all the GCP resources in a VPC network have an internal IP address that is drawn from it’s subnet.

The following are the network objects that you would be dealing with while working on VPC networks.

A Project organizes all your Google Cloud Platform resources and any GCP resources that you allocate and use must belong to a GCP project. Each GCP project has a project name, project ID and a project number.

Each subnet is associated with a region. Each network can contain one or more subnets in any given region. VPC networks in GCP is global and it spans all available regions.

We know that networks have no IP address range. Therefore subnetworks don’t need to fit into an address hierarchy. Subnetworks can be used to group and manage resources i.e., they can represent various departments in an organisation like Marketing, Sales, Development etc.,

Subnetworks can cross zones i.e., subnets can extend across zones in the same region. More than one Virtual Machines (VMs) can be on the same subnetwork but VMs should be in different zone.

A single firewall rule can apply to all the VMs connected to a subnet even though they are in different zones.

A project can have one or more instances. While creating an instance in a project, you need to specify the zone, operating system, machine type etc., of that instance. Compute Engine instances can run the pubic images for Linux and Windows Server.

Firewall rules let you to allow or deny traffic to and from Virtual Machine (VM) instances based on your configuration. Though GCP firewall rules are defined at the network level (between your instances and other networks), connections are allowed or denied on individual instance (within same network) basis.

A VPN tunnel is used to connect two VPN gateways and it is the medium through which encrypted traffic is passed. Therefore to create connection between two VPN gateways, a pair of VPN tunnels must be established.