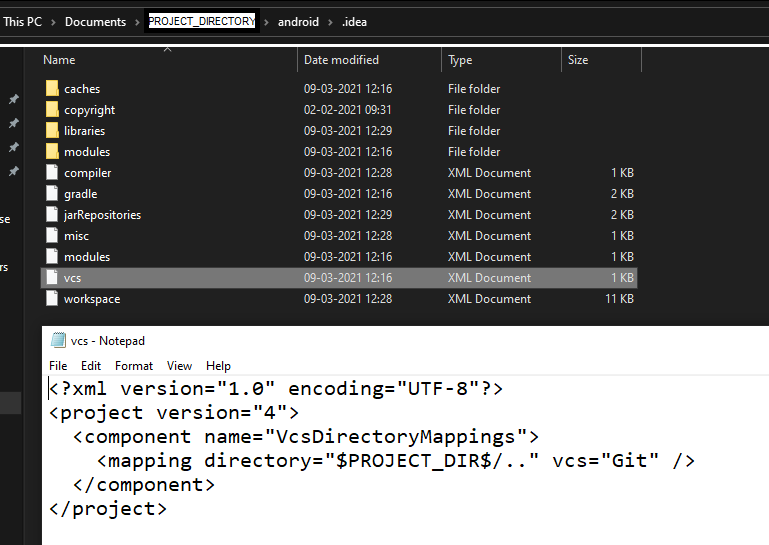 This tutorial guides you on how to fix Invalid VCS root mapping android studio project error that you are facing while opening ionic project in android studio.

Basically, I just downloaded an healthcare.zip project and wanted to run the application in android studio (android device).

To run the application in android studio, I had followed the below steps.

For my scenario, I did not clone the project from Git instead downloaded the project zip and trying to run the app.

If Git is installed in your machine and if you had cloned the project repo from Github, then the project directory will have .git repositories. Therefore the Git repositories were missing since it is not cloned from Git.

To fix Invalid VCS root mapping error, try to locate file called vcs.xml. You could find that file in the following path.

If you check that vcs.xml file, it contains some info/ path related to Git which was not found on your machine.

Therefore, first I closed the android studio and tried renaming that file to vcss.xml and ran the command npx cap open android again. This workaround worked for me and I did not see the error again.

Note, I did not delete any folder or file, I just renamed the vcs.xml. But there are other recommendations to delete vcs.xml file or .idea folder itself. But I would recommend to take backup before you try any of these.

That’s it. Hope it helped 🙂