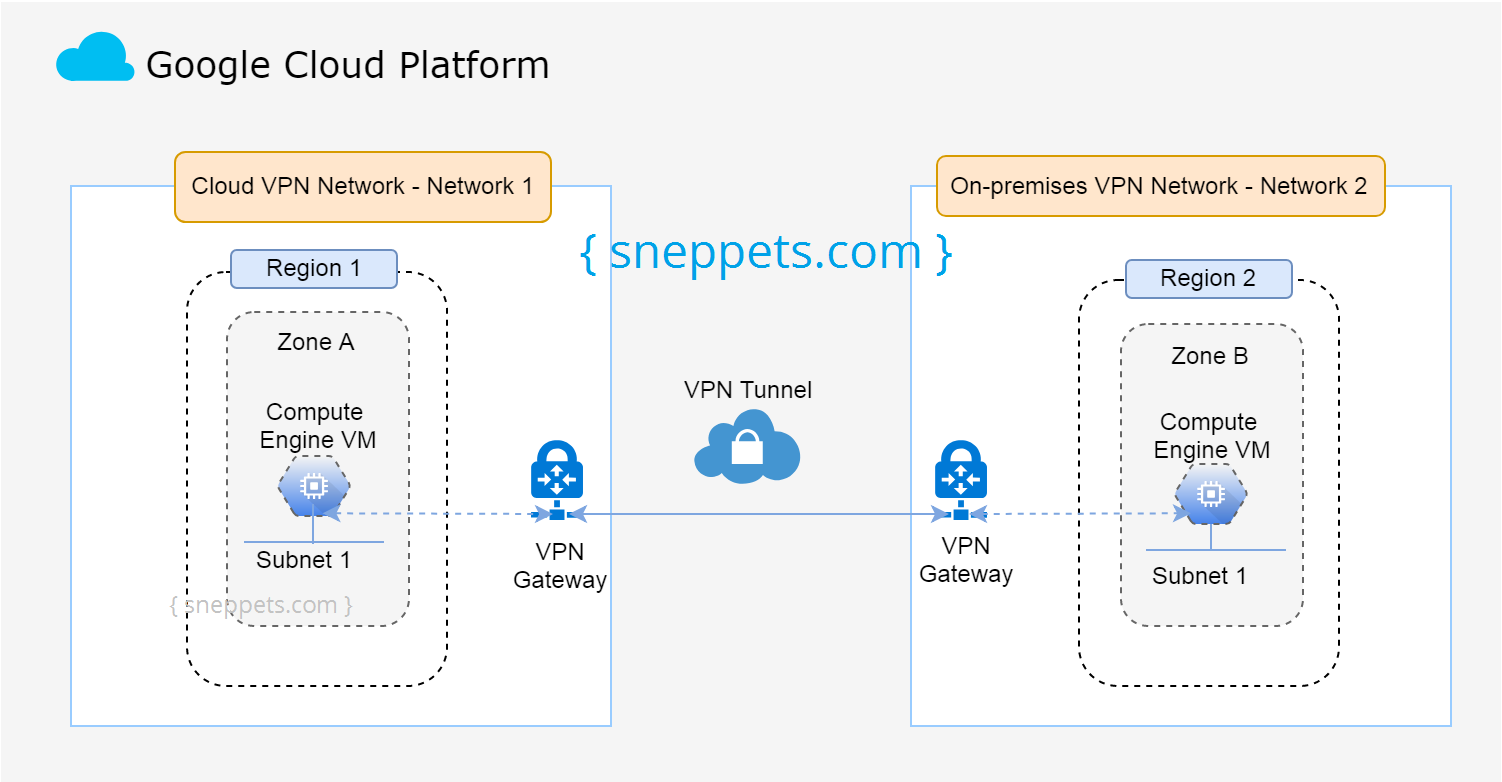 In this lab you create two networks in separate regions and establish VPN tunnels between them such that a VM in one network can ping a VM in the other network over its internal IP.

You should be able to ping between VM instances through External IP, but not through their Internal IP.

Create the VPN gateways and do all the required configurations to establish the VPN tunnels. Create two VPN gateways , one in each region. Then create forwarding rules for ESP, UDP: 500 and UDP: 4500 for each VPN gateway. 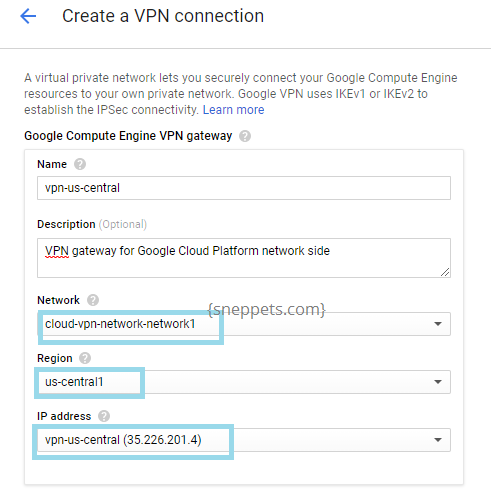 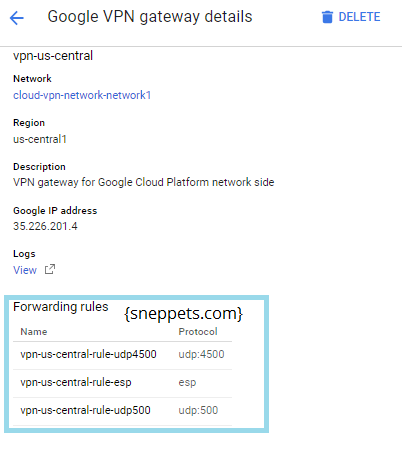 Setup VPN for Network 2 and reserve a Static IP, then create forwarding rules. 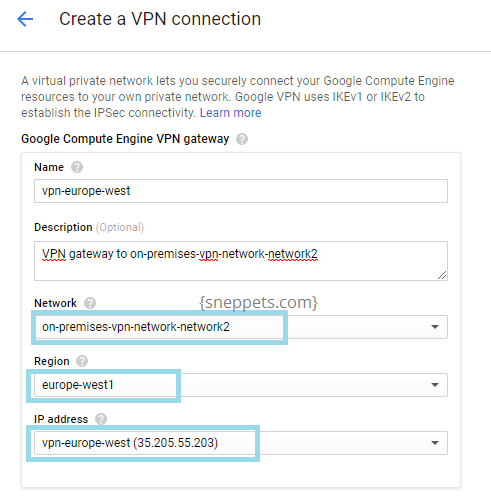 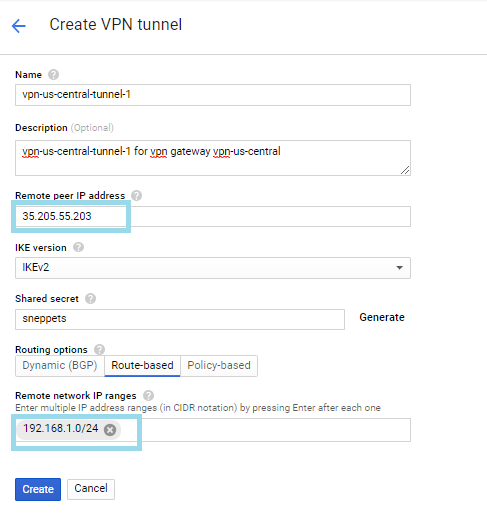 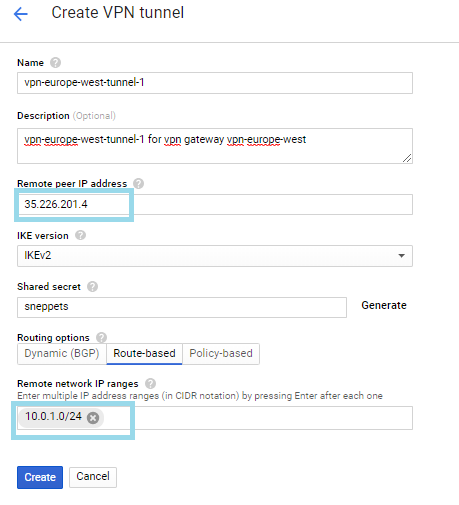 Verify the VPN tunnels that are created.

Please note that it may take a couple of minutes for the VPNs to connect to their peers. At this point the gateways are connected and communicating.

Verify connectivity between VM instances in network 1 and network 2

That’s all you had learnt how to setup Virtual Private Networking between two networks in separate regions.